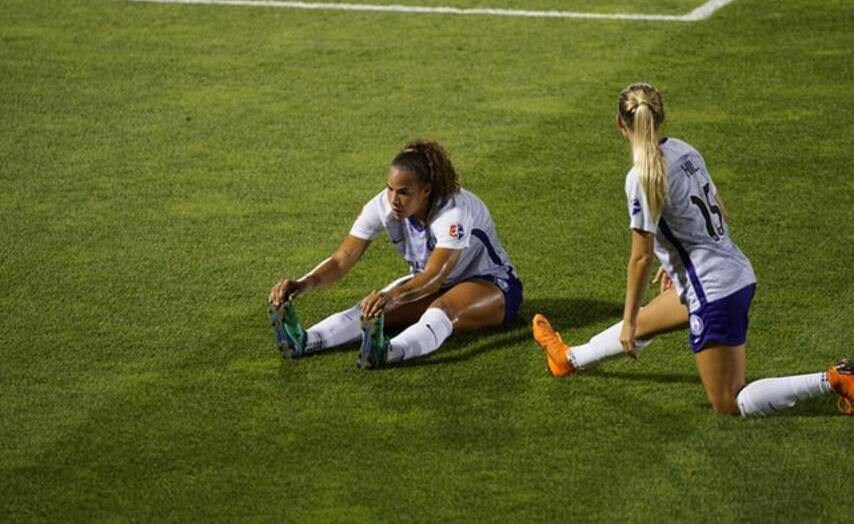 In just under a year’s time, our finest sports men and women will be entering the cauldron of the Olympic and Paralympic Games in Rio. For most of them, this will be the biggest challenge of their careers, if not their lives. Many of them will be competing at their first Games. For some, it will be their only Games – their one and only chance to shine.

So in the second of our Road to Rio series, we’re focusing on how you get ready to deliver the goods in unique and challenging environments with our readiness routine. I’ve been working with ParalympicsGB on a range of programmes aimed not just at getting athletes ready, but also at preparing staff and supporters so that they’re absolutely ready to perform in their roles. At the highest level, everyone around the athlete needs to be world class in the part they play.

In this article and others in the Road to Rio series, I’ll be sharing what we’ve been doing and give you an inside track into how it’s going. I’ll also be showing how human performance science, expertise and experience underpins the approach taken into getting ready for the Games, and how you can apply those same principles to your performance and in your world.

In this first article, I’ll share what’s been happening so far and a few simple principles that underpin the approach to getting ready for the Games.

An Olympics or Paralympics is completely unique. The build up, media attention, public expectation and family/friends expectation makes it feel completely different, and present different demands for the athlete. The environment of a Games is like nothing else. The village is hard to imagine unless you’ve already been there. Imagine a high security, self-contained compound where 11,000 highly strung, physically ready specimens live, all wandering around in uniform taking every opportunity to reinforce their national pride. Added to the mix is they’re about to do battle with each other (at different times over the fortnight of the Games), and with the focus of the whole world on them. It’s a very bizarre place.

It’s an exciting, threatening and emotionally charged environment that can overwhelm the senses – whether you’re an athlete or staff member, seasoned pro or novice. But unless you’re ready for it, the chances of you performing at your best are dramatically reduced. Understanding and being ready for the conditions you’re playing in – it’s a non-negotiable.

Ready to perform – whatever your role

An Olympics/Paralympics is what everyone is peaking for. The last 4 years (and more) of the athlete and their support team’s lives have been channeled into getting ready. Athletes are in prime condition and nothing has been left to chance. So margins for error – always small in elite sport – are even smaller. The difference between winning gold and finishing last can be milliseconds. In a bid to get competitive advantage, everything is considered. All risks to performance are identified and mitigated.

Staff – coaches, sport scientists, operational support staff – in and outside the village are absolutely critical here. Their ability to perform in their role and their ability to deal with the demands of the Games (they’re in the same emotionally charged environment, they’ve got to work long hours and their future careers may be affected by athlete performance) is paramount. If they’re not on their game, the athlete will be impacted. So they have to be world class, and absolutely ready to be world class in that environment too.

The same applies with family and friends. They need to understand their role in providing great quality support to their athlete in the build up to and at the Games. Part of that is to understand the demands on the athlete and then knowing how best to support them.

So, whether athlete, staff or supporter, the mindset is you’re a performer who needs to be ready to perform in your role. And because it’s a Games, there’s no margin for error on this. Small imperfections are the difference between medal and no medal.

So being ready to deliver in your role in the unique and demanding Games environment is the message that underpins all preparation in the build up to the Games – for athletes, staff and supporters (there’s a specific ‘Nearest and Dearest’ programme for the latter group). And there’s a simple three step framework and process that underpins this and is made explicit to athletes, staff and supporters. Here’s what the readiness routine looks like:

Step 1 – Developing Games Understanding – understand the unique environment and the demands of that environment on your performance. This is not a ‘lip service’ exercise, but one that involves detailed exploration, research and reflection which for some starts more than 4 years out from a Games.

Step 2 – Best Prepared for the Games – understand your role and what’s required to deliver excellence in your role given the demands you face. Build a plan to be able to deliver the performance required – exploit but also build on your current ability, skill, expertise.

Step 3 – Be Ready to Perform – this is about testing your plan so you know it works – getting onto the plane to Rio you’d be 100% confident that it’ll work. So you’ll be testing it under pressure, you’d have contingency plans and you’d have made sure you’ve got people around you who know their role in supporting you.

That’s the simple framework that EVERYONE – athlete, staff member, supporter – works to. They understand the principles behind it and they know how what each step involves and when should be doing it. A shared and simple preparation recipe and process.

You may not have Olympic or Paralympic Games in your world – but you probably have some pretty important peaks in your calendar. Can you use the basics of K2’s readiness routine to be more prepared?

"It’s an exciting, threatening and emotionally charged environment that can overwhelm the senses"