A leader I work with recently told me a story about a conversation that took place while he was doing his MBA.

The lecturer asked the students to come up with a creative question involving cardboard boxes (yes, I know). One particular student said he had one. “Go on” said the lecturer.

“How many cardboard boxes does it take to fly a plane?”

“Very good” said the lecturer. “So tell me, how many cardboard boxes does it take to fly a plane?”

Quick as a flash came the answer.

When it comes to boxes, things can get a little out there.

When I was a kid I was inspired by the Duck Billed Platypus.  Some people had Muhammad Ali or Martin Luther King. I had a semi-aquatic mammal.

Here was a creature that seemed to exhibit all the characteristics of a mammal, though it had the cheek to lay eggs. It caused much consternation because it simply refused, by its very act of existing and doing just what a Duck Billed Platypus does, to fit into the definition of a mammal.

The reactions of the scientific community included the notion that the DBP (I can’t keep typing the whole thing) was a hoax. The first scientists to examine a DBP declared it a fake, made up of several different animals sewn together. Mammals had a definition and if you were a mammal, you belonged in the box labelled “Mammal”. DBP didn’t fit into any of the boxes and therefore DBP couldn’t actually exist.

Let’s just let that settle for a moment. Experts, (here in the form of scientists) preferred to believe that an animal, in front of their very eyes, didn’t actually exist, rather than contemplate the notion that their fucking definitions might be the problem. They denied its existence because it defied the idea of their boxes. Meanwhile, DBP is taking care of business, laying its eggs and chatting with some mates in the pub. (The Dog and Duck Billed Platypus obviously)

“I reckon we exist. What do you reckon?”

“100%. Though I think Brian should probably go home”

Fast forward two hundred or so years and elite sport is tying itself in knots because a woman, the extraordinary Caster Semenya, is being asked to drug herself so that she can fit into the box that contains the current definition of female in that arena.

Let’s allow that one to settle too. A professional governing body that says it celebrates the diversity of us humans, would rather drug someone who is different so that they can fit into their box. The box it seems, is much more important than the person. And that’s putting aside the absurdity of an organisation that prohibits athletes from competing if they take drugs that impact their natural performance, simultaneously mandating that athletes take drugs to impact their natural performance. Franz Kafka must be pissing himself.

The male – female division in sport is inevitably problematic. Nature doesn’t fit into society’s narrow concept of gender or sex.

In the end, the debate surrounding Caster reveals something deeper about human nature and our desperate desire to categorise everything and put it into a box. Gender is our society’s new DBP. We’re desperately trying to force people, their natural bodies and their genders, into imagined categories to the extent that we’re asking a woman to artificially lower her naturally occurring levels of testosterone to fit into the box labelled “female”.

18th Century scientists and the IAAF are not alone in valuing boxes above humanity. Leaders in the world of work are at it too.

My friend Danielle North pointed out to me that there is nothing perfectly geometrical in our universe; perfect squares simply don’t exist in nature. The closest nature comes to creating cubes are the intricate structures that form crystals. Originating in mathematics, squares, cubes, and corners are a man-made concept. So are boxes.

That we put people into boxes (and not always metaphorically – sitting at rectangular desks, in cubicles, in square shaped buildings) seems to be an unnatural predicament for us humans. The thing is, when something has become so normal, we stop realising that it’s not only unnatural; it’s also weird, useless and potentially damaging to the very people whose performance leaders are supposed to care about – the people they’re leading.

3 reasons why you shouldn’t put anyone you care about in a box.

Little boxes with simple labels can help us feel safe, in control and organised. That’s good when it comes to storing drugs in a pharmacy or knowing where your stuff is in your warehouse. In other words, they’re good for things.

Stunning revelation #1: people are not things.

We’re all a little (or a lot) different, wonderfully diverse and complex. Everyone knows that and it’s not in dispute. If you’re still unsure, read the bit about Caster again. So at the very time leaders sit round a table and put people they lead into boxes, they know it’s a really weird thing to be doing. They have to pretend they don’t know the truth and carry on regardless. That’s some really weird shit right there.

Here’s an experiment that might help you decide how weird it is.  Over the next few days follow these steps:

1.    Design a little grid with some simple labels on each axis. Maybe good looking and clever; or interesting and kind; maybe generous and nice smelling. You choose.

2.    Create a list of people you care about; partners, friends, kids, other relatives, whoever.

3.    Plot these people you care about carefully on your crazy little chart and form them into little clusters with labels for each one. So, if you went for Generous on one axis and Nice Smelling on the other, you could have the George Clooney category top right.(I don’t know for sure that he’s generous and smells nice, though I think he probably does.) Bottom left you could have Hippo. They stink and are notoriously tight when it comes to buying a round. When was the last time a hippo bought you a drink?

4.    Once you’ve plotted everyone, luxuriate in the weirdness of what you’ve just done, its futility and the meaningless void you’ve just created.

Unless you’ve had a bet or a drink (obviously not bought by a Hippo), you probably a) won’t show it to everyone who’s on there and b) go on to explain your reasoning. And we all know why that is. You put people in boxes on the basis of your judgement and then you make investment decisions about them. In the majority of cases I’ve witnessed, this information is kept from them. That’s the opposite of high performance.

“What did you do at work today Daddy?”

“Well darling, I sat in a series of meetings doing weird things to the people I lead and I keep it a secret from them.”

It’s not sounding good is it?

Deep down, these leaders also know that any sense of feeling safe, in control and organised is purely illusory. The illusion that things like safety and control come from having a set of boxes with people’s names on them.

Stunning revelation #2 :  those people are not actually in those boxes any more than your slipper is actually in jail while you’re playing Monopoly. You’re just moving pieces on a board in a corporate version of “Marry, Snog or Avoid”.

There are several things that I never hear from leaders, especially HRDs or CEOs. Here are my top 3:

“I wish we had more silos”

”I simply don’t know what we’d do without our 9 box grid. It’s a total lifesaver.”

What purpose does putting people into boxes actually serve, other than to tell us the lies that make us feel better about ourselves? No-one’s ever been able to tell me. You can tell the real value of something by the big hole that’s left when it’s not there anymore. Like Toys R Us, BHS and Tie Rack. Not much of a hole there. When it comes to performance, that’s things like confidence or robust physical and mental health. A big hole.

So, here’s another experiment. It’s quite exciting isn’t it?

For the next 12 months take a walk on the wild side. Go a bit rock ’n’ roll and throw your box thing away. You crazy kid.

Then after 12 months, rate, on a scale of 1-10, the extent to which you agree with the following statements:

“I now have no way of knowing how anyone’s performing”

If anyone reading this averages more than 3 out of 10, I’ll buy you a drink. You clearly need at least one and I don’t want to be called a Hippo.

The illusion of control that the box provides moves you straight past a town called Useless and right on into a foul-smelling place called Damage. If you’re using it to inform your talent decisions, then you’re making those decisions based on simplistic nonsense. It’s like deciding whether to invest in a movie by seeing a still from one of the scenes. Good luck with that.

It’s damaging because it makes leaders complacent. Instead of spending time and energy actually seeking to understand a) the performance they need and want, b) the conditions they need to create for performance to thrive and c) their role in caring for the performance of the people they lead, they complete a grid.

As a result, they lose talent, they make ill-informed, (though probably well-intentioned) decisions and they diminish their human and that of those they have the privilege of leading. Everyone in your organisation has a unique context in which they are performing. The box, in its deceptive simplicity, assumes that everyone’s the same.

The classic labels and the top right fixations are dangerous too. They fly in the face of high- performance cultures where everyone strives to make the most of the talent they have and to see how good they can be. High performing organisations want everyone to be the best performer they can be. The box reinforces something different.

The percentage target numbers for each box is a whole new level of weird. It actually tells us that we should aim for a certain number of people who are those “core performers” a.k.a. the steady Eddies. The box tells us that these people are just not as worthy as the top-righters. I’ve seen investment decisions, affecting people’s futures, made on the basis of the box they’ve been put in – and they’re not even told they’re in the box.

The arrogance of leaders, most of whom are not experts in human performance, deciding that someone’s potential is “medium”, is fucking eye-watering.

Stunning revleation #3: There are much better ways to identify, develop and fulfil potential. So, do yourselves a favour, throw away the box and stop doing unnatural things to the people in your care.

N.B. The 9-box grid is thought to have been developed by McKinsey to help GE prioritise investments across its 150 business units. Using it for people makes as much sense as using MBTI to figure out the personality preferences of a fork lift truck or debating how a chicken would feel if it failed its driving test. 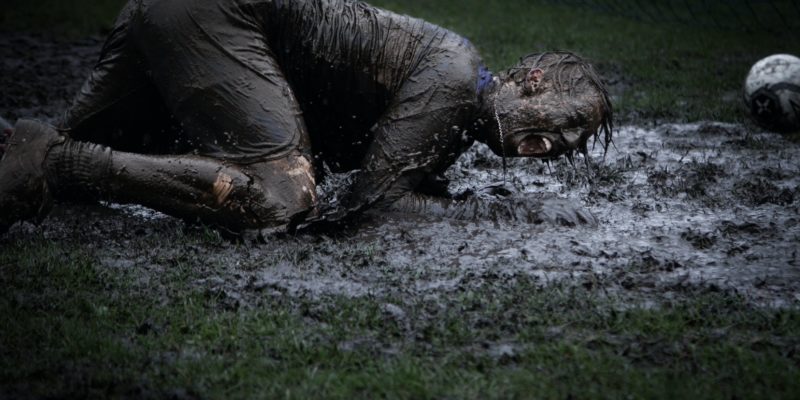 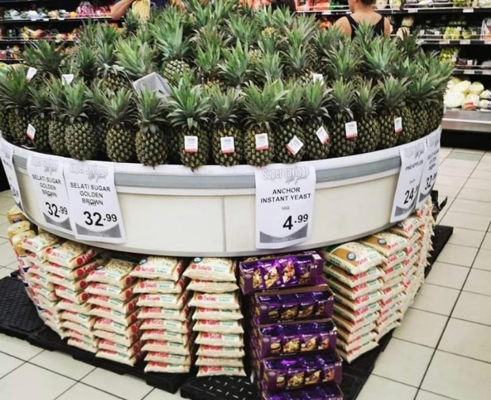